Air travel can be difficult in the best of times, with cramped planes, screaming babies, flight delays, and short tempers. Throw in an unprecedented pandemic and the anxiety level can rise quickly. Now that we’re seeing the airline industry bounce back since the pandemic, more and more incidents are occurring. For example, we have seen or read about confrontations with flight attendants and other unruly behavior, including occasional fights that get captured and replayed endlessly on social media.

A record number of incidents have been reported with approximately 3,000 cases of disruptive passengers since January 1, according to a spokesman for the Federal Aviation Administration, which began tracking it this year. About 2,300 of those incidents involved passengers who refused to obey the federal requirement to wear a face mask. When you have a percentage of individuals that have been vaccinated, it’s only fair for the airline industry to ensure safety measures are in place to make sure everyone traveling is protected and safe. Since the post-pandemic, we are seeing a plethora of incidents being reported. Over the past decade, the FAA has investigated approximately 140 cases a year for possible enforcement actions such as fines. This year alone, it was nearly 400 by late May and seems to be rising now that everyone is traveling again. 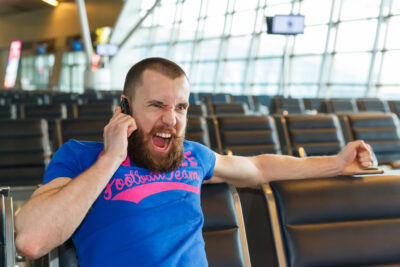 Things have gotten so bad that the airlines and unions for flight attendants and pilots sent a letter to the U.S. Justice Department urging that more be done to deter egregious behavior. The FAA recently announced a zero-tolerance policy against disruptive behavior on flights. For example, an airline passenger who tried to open the cockpit door and hit a flight attendant in the face twice is facing the year’s largest fine from the Federal Aviation Administration: $52,500. Also, a Southwest Airlines flight attendant lost two teeth back in May, when she was punched in the face by a 28-year-old passenger after asking her to keep her seat belt fastened, during a flight from Sacramento to San Diego.

Overall, the traveling public will have to accept that flights don’t always go the way they want, and will need to accept that there are going to be some rules that you will not agree with. Interfering with a flight crew can garner hefty fines or possible imprisonment depending on the incident. This was something that Congress passed during the 1990s when flight crews saw an uptick in unruly passengers. Since then, flight crews have seen incidents gradually declined. However, we may need to see the government get involved again to warrant hefty fines are handed down to passengers not wanting to abide by the policies and procedures that the airline industry has put in place.