Significant Changes Made To Flying After 9/11 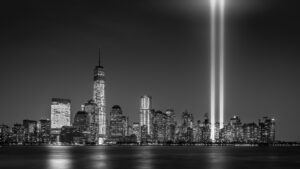 As we mark the 20th anniversary of September 11, 2001, many of us can still remember this horrific day as if it were yesterday. Our airports have changed significantly since the September 11th incident. We can no longer bid farewell to our loved ones at boarding gates. Our security measures have evolved with new threats, and so travelers are asked to take off belts and remove some items from bags for scanning. Anything that clearly could be wielded as weapons, like the box-cutters used by the 9/11 hijackers, was banned. After “shoe bomber” Richard Reid’s attempt to take down a flight from Paris to Miami in late 2001, footwear started coming off at security checkpoints. Also, President George W. Bush signed legislation creating the Transportation Security Administration (TSA), a force of federal airport screeners that replaced the private companies that airlines were hiring to handle security. The law required that all checked bags be screened, cockpit doors reinforced, and more Federal Air Marshals are put on flights.

We have to continue to maintain our vigilance as we travel. DHS implemented “If You See Something, Say Something”, which is a national campaign that raises public awareness of the indicators of terrorism and terrorism-related crime, as well as the importance of reporting suspicious activity to state and local law enforcement, which travelers have been reporting various incidents. Furthermore, since the onset of the Covid-19 pandemic, we’re seeing other various safety and security measures being implemented at our nation’s airports.

Although we wish that many of these measures did not exist, we also understand the logic of violent actors, which force airport security to have no room for error or omission. Flying on an aircraft will continue to change as security measures will be put in place to protect our homeland. Overall, I think the legacy of September 11th will play a significant role as the cultural responses to it can help us think about other crises of nationality, like the one we are currently experiencing and will need to work through for many years to come. I believe we are better prepared today for an attack as long as we continue to stay ahead of the problem instead of being reactive.