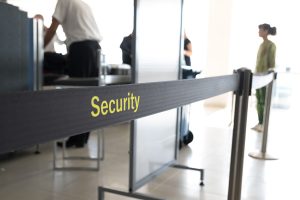 On Saturday, November 20, 2021, an accidental firearm discharge at the Atlanta Hartsfield airport created confusion and flight delays. What this incident also did was expose the most vulnerable area at airports. Airports are public facilities where anybody can enter and exit at their own will.

Before September 11, 2001, the public was able to gain access to what we call the sterile side to bid farewell to loved ones flying. After 9/11 Transportation Security Administration (TSA) took over airport security. Although passengers still bring firearms and other contraband to airport security checkpoints, where the TSA screeners detect and confiscate many such items. However, there have been no reports of incidents on the sterile side of flights reported today.

What this incident exposed is that the check-in and baggage claims areas, the so-called landside (or non-sterile side) of the airport, remain the most vulnerable parts of airports. Again, anyone can enter such areas, including people with malicious intent, and wreak havoc using firearms or explosives. This has occurred several times in the past, such as the 2013 shooting at Los Angeles International and the 2017 shooting at Fort Lauderdale International. Depending on the state where the airport is located if you have a concealed license you will not face any charges for bringing a loaded firearm to the checkpoint. You may be asked to secure the weapon elsewhere, which is another problem in and of itself. Most passengers will secure the weapon in their vehicles, which are parked at airport parking garages.

Unfortunately, the landside areas at airports are vulnerable, leaving millions of travelers at risk. The PreCheck program aims to vet passengers before they get to the airport. It allows TSA to focus more on the passengers we know less about. Precheck does come at a fee, which may not benefit passengers that do not travel regularly. One recommendation would be making PreCheck available at no cost to any travelers willing to be vetted would reduce the number of unknown travelers significantly.

Overall, this should be a wake-up call for what occurred at Atlanta Hartsfield. The best way to make airports more secure is to increase the number of known travelers who are PreCheck vetted.